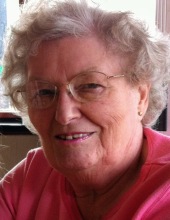 postmistress and shopkeeper, sadly died today, October 5th 2017, after a long illness following a stroke nearly 3 years ago. She had lived in The Priory, Stamford, since her stroke.

Sheila and her husband Tony had lived in Wing since coming from Church Langton nearly 50 years ago so they were closer to Preston where Tony ran the garage. When Mrs Dale retired from running the Post Office she asked Sheila if she would like to do it. Sheila was happy to accept the challenge as she had been running the village shop in Church Langton.

To begin with she ran it from a counter in the hallway at #6 and gradually started selling odds and ends. This then led her turning her dining room into a shop and re-instating the door that had been there when the same room had previously been a butcher’s shop. She really enjoyed running the shop and post office and was quite sad when she gave it up after Tony had his heart attack

The shop was always a good place for a gossip and keeping up with what was happening in the village. In a way, Sheila was following in the footsteps of her grandfather who had a shop in Kingston-on-Thames after he had learnt his trade from the original Mr Harrod!

Tony died 5 years ago but Sheila was supported by the many friends she had in the village and her friends in the WI.