If you contact me I can reveal – in return for your first born – an email address that you can use to automatically post articles on this blog. Photos can also be attached as you can see. 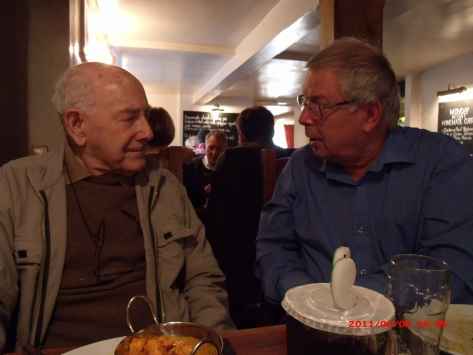 You may or may not have noticed that the Morcott Civic Amenities site at Morcott is no longer open all hours. It has been decided to close it to the public on Tuesdays Wednesdays and Thursdays.

Until further notice the site will only be opened for a long weekend i.e. Friday, Saturday, Sunday and Monday

Some time ago you may, as a resident of Wing, have received a card through your door announcing the switchover to digital TV. 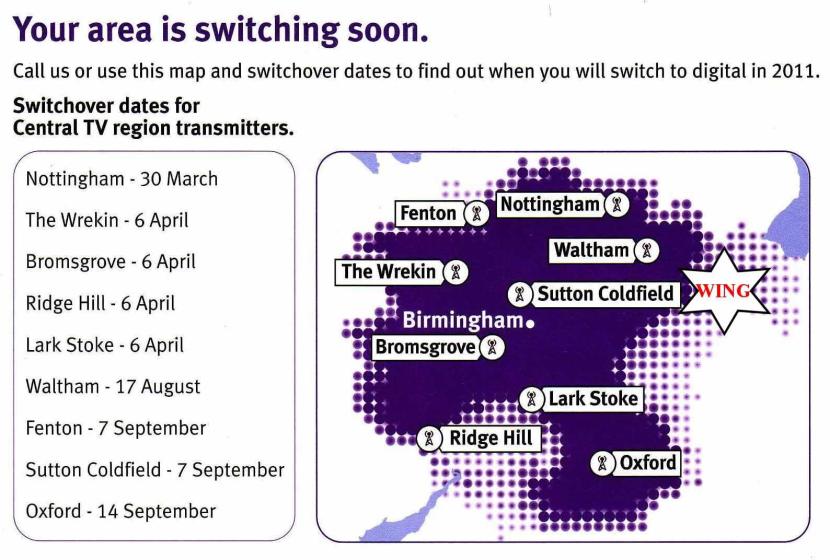 What does this mean?

Here at Wing we mostly get our television signals from the WALTHAM transmitter which is just outside Melton Mowbray. If you can see your TV aerial it will be pointing towards Oakham or about 30 degrees West of North.

You don’t need to do anything until 17th of August 2012. If by then, you don’t have a digital TV then you won’t have any TV at all because Waltham will go all digital on that date.

If you have a digital TV or a digi box it will need a re tune to get the new channels and frequencies that will be transmitted from that date. Probably a complete, or as usually called, “Installation set up” will be the best option.

You may find you cannot get all the channels probably because you’re Aerial is still tuned to the old analogue part of the band. If you have not yet had a new, so called digital aerial fitted then wait till the Waltham transmitter has switched over. There will be much stronger signals after August so you may not need to do anything.

If you have any problems, and you live in Wing, feel free to contact Paul Brewer for some free advice.

Since we went digital some residents of Wing have had strange effects on their televisions. The easiest way to identify if you have a problem is the BBC 1 local news. This should be BBC East Midlands but can sometimes be Look North or some other region’s transmision.

The technical reason is that your set is picking up signals from stations other than Waltham. When it does an Auto Tune it sticks the first BBC1 transmision into channel 1 slot in the set. When the tuning gets to another BBC1 it may, depending on the TV, be unable to use slot 1 so may store it in a strange channel like 401 etc. etc.

If this is your problem then you will need to do a “Manual Tune”. When you do a manual tune you will be prompted for channel numbers. For Wing (Waltham) you use the following channels only.